I rarely do group cosplays. I’ve been in a cosplay group (a group who did many together) before and I was surrounded by divas and drama. Egos were huge and friendships were broken. Needless to say – I got fed up with it pretty quickly. A couple of bad apples can ruin the bunch.

Now that doesn’t mean I won’t sometimes do a one time cosplay with a group of friends. Doing a Group Cosplay can be fun! I have a few coming up this year – one’s ready to start and the others are in  the pre-planning stages.

Planning a group cosplay is a lot like planning a solo costume, but with a few more steps.

First Thing’s First – Make a decision on what/who/where/when.
– Decide on WHAT the group is going to do
– Decide on which character you’re going to do (Also everyone hammer out who’s doing what)
– Don’t be a dick because someone chose a character you wanted
– Decide which convention/event you’d like to do this (also this will help with the participants in general)
– Also pick a time to do the costume with the group. This is especially important for photoshoots and whether or not your group is going to enter a contest.

So now you’ve hammered out your character, time for some References!
– Collect as many photos and screen captures as you can! Try to get as many angles and high-resolution photos as possible.
– The internet is your friend.
– Sometimes fanart is just as accurate as official photos. It just depends
– Look at other cosplays

Now it’s time to Plan out the Costume.
– Sketch out how YOU want the costume to look
– Alot for props and accessories
– Research patterns – many can be modified as there are only so many different pattern types
– Take accurate measurements
– Plan out a budget of time/money/quality (See my Costuming on a Budget post)
– Decide on what fabrics will look best and not break the bank
– Keep constant contact with others who are participating in the group! You can all decide on fabrics and what not.

Finally, Go Out and ROCK IT!!!

So there you have it! It’s pretty similar to a solo, but the most important thing is to keep contact with everyone who is participating. Facebook Groups or Google Hangouts are both fantastic ways to do this – especially if you all live far away from each other.

Now go out there, have fun, and I’ll see you around the convention circuit! 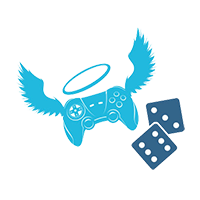